Claims an Association would advance Serb rights in Kosovo are misleading 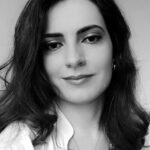 M.A. in Politics of Conflict, Rights and Justice from SOAS, University of London. Former director of the Youth Initiative for Human Rights office in Kosovo

Long-held ideas would lead to greater ethnic division and undermine prospects of integration.

The resumption of the Kosovo-Serbia dialogue in Brussels last week predictably made plenty of headlines around the region. This was, after all, the first time that Kosovo`s new Prime Minister Albin Kurti had met Serbia`s President Aleksandar Vučić around the dialogue table, and all eyes were on how he would approach Kosovo`s biggest foreign policy headache.

Kurti came away from the meeting — described as “not easy” by the EU — saying that he had made four proposals to the Serbian delegation, ranging from a regional free trade agreement to mutual recognition. The “fresh approach” from the Kosovo side ensured that much of the recent follow-up discussion and analysis has been focused here.

But from the Serbian side, there was also a reminder of a familiar theme that deserves some attention of its own: The Association of Serb-Majority Municipalities.

The roots of the issue

Kosovo’s 2008 Declaration of Independence brought a new social contract for its people. Despite the Kosovo Serb community’s perpetual opposition to the Kosovo state, as compelled by the Serbian government, Kosovo’s Constitution and entire legal framework guarantees them advanced rights and representation across all levels of governance.

However, Serbia’s refusal to recognize Kosovo’s sovereignty through its control and influence on Kosovo Serbs and its advocacy against Kosovo’s membership of international organizations has raised questions about Kosovo’s functionality as a multiethnic state.

The EU-facilitated dialogue between Kosovo and Serbia has since 2011 strived to provide technical solutions that would support the integration of northern Kosovo — largely controlled by Serbia’s parallel system — into Kosovo’s governing system, thereby improving the lives of citizens and the fulfilment of their rights. However, little progress has been made in this regard, given that the principal goals of the parties in the dialogue have been to maintain territorial control and either ensure or prevent the consolidation of Kosovo’s statehood.

The first agreement between Kosovo and Serbia on the principles of the Brussels dialogue was signed in 2013 and clearly reflects these tendencies. Its first points require the creation of an Association of Serb-Majority Municipalities in Kosovo with a defined framework and implied executive powers — a compromise based on Serbia’s intention of having effective control over the Serb community in Kosovo as a means of precluding Kosovo’s state from functioning; the rest of its principles demand the integration of the police, judiciary, and energy and telecommunications — as intended by the Kosovo side.

But the justification for the Association, as a platform anticipating the enhancement of the rights of the Kosovo Serb community and interests, has been misleading.

The agreement foresees the Association having competencies such as a “full overview” of economic development, education, health, and urban and rural planning in Serb-majority areas. This would ensure the continuation of ethnic segregation in Kosovo’s vital areas, thus directly opposing and threatening Kosovo’s multiethnic nature.

As a 2015 decision by Kosovo’s Constitutional Court has shown, the principles of the Association of the Serb-Majority Municipalities outlined in the Brussels Agreement are inconsistent with the principle of equality as a founding value of the constitutional order. As such, they undermine the basis on which the rights of the Kosovo Serb community and other ethnic minority communities are provided and can be put into practice.

The Law on Education in Municipalities acknowledges the right of the Kosovo Serb community to education in their native language and permits the use of Serbia’s curriculum and textbooks. It also grants the University in North Mitrovica the status of an autonomous public university and ensures the recognition of its diplomas.

However, no efforts to establish an integrated education system have been taken either by Kosovo Albanians or by Kosovo Serbs.

Based on the constitutional principle of equality, the Law on Higher Education requires the Ministry of Education to provide equal opportunities for admissions and all aspects of higher education. However, none of the public universities operating within Kosovo’s education system provide opportunities for studying in the Serbian language, while the construction of a new university building in Northern Mitrovica recently started with funding from the Serbian government.

Limited implementation of the Law on the Use of Languages has been repeatedly noted as a major violation of the rights of Kosovo Serbs and their main obstacle to receiving services and integrating into public institutions. In fact, with a decades-long legacy of an ethnic education system that has excluded the learning of other ethnic languages, Kosovo does not have the human resources to implement the guaranteed rights to use official languages.

Similar problems have arisen in the upholding of an integrated justice system. In addition to the shortage of professional translators, there is a lack of young legal professionals from the Kosovo Serb community that are trained in the justice system in Kosovo. This knowledge cannot be acquired from education based on the Serbian curriculum, and there is no legal program available in the Serbian language from the other public universities in Kosovo.

It is evident that the creation of professional resources requires time, and that ensuring professional competency in a second language means including language learning as part of pre-university education. Therefore, integration of the education system is a prerequisite to building the state’s capacities for providing ethnic communities with their guaranteed rights in practice.

In this sense, an Association of Serb-Majority Municipalities with full oversight of an education sector seeking to maintain ethnic divisions undermines the practical delivery of rights to the Kosovo Serb community, instead of advancing them.

The health system in the Serb-majority municipalities is funded by Belgrade despite Kosovo’s Law on Local Self-Government providing municipalities with exclusive competencies in health management and ensuring appropriate budget allocation.

An Association of Serb-Majority Municipalities with full oversight on health would ensure the maintenance of the parallel health system across the municipalities. The importunity of a health system operating outside the control of the Kosovo government prevents Kosovo’s authorities from fulfilling their obligations to provide access to quality health services for the Kosovo Serb community.

The COVID-19 pandemic has notably exposed the Kosovo government’s obstacles to fulfilling its obligations to ethnic communities. Most information on pandemic management measures by the Ministry of Health has not been available in the Serbian language. While the requests and criticism by the Serb community addressed to the government of Kosovo about a lack of information in Serbian regarding pandemic management measures have been evident, this has not been translated into a request, or intent, to access Kosovo’s health services.

A continued refusal to integrate the health system through the Association would make it impossible to hold the Kosovo government accountable for ensuring access to quality health services for the Kosovo Serb community.

Similarly to the judicial system, the health system remains prone to the adverse impact of the parallel education system. This limits the state’s capacities to provide public health information in the Serbian language as a step toward ensuring access to health services, or to invest in the education of Kosovo Serb health professionals and thereby enabling the provision of quality health services for the Kosovo Serb community.

The ongoing lack of information that is available from the Kosovo government in the Serbian language, alongside the persistence of the segregated education and health systems, highlights the paradox of the pursuit of the rights of the Kosovo Serb community.

The implementation of the Law on the Use of Languages is an essential obligation for Kosovo institutions and the first step to ensuring Kosovo Serbs have access to services. To fulfill this obligation, the government therefore has a further obligation to refuse to adopt any mechanism that hinders its ability to do so.

Implications of urban and rural planning based on ethnicity

Kosovo’s municipalities have powers for full oversight of drafting municipal development, zoning and regulatory plans in compliance with the Kosovo spatial plan. Yet, policies of ethnic division and discrimination have been evident in this regard.

The management of religious and other cultural monuments, as well as that of natural resources, has been a subject of major controversy that has sustained the policy of ethnic division.

An Association of Serb-Majority Municipalities with powers to harmonize rural and urban planning measures across all Serb-majority areas would only enhance existing discriminatory policies and ethnic geographic division by enabling a uniform policy across Serb-majority areas. This would prevent the Kosovo government from fulfilling its obligations to provide equal opportunities for returnees and all other citizens, regardless of ethnicity.

Further, it would keep Kosovo Serbs geographically isolated and far from access to opportunities and the ability to practice their rights in other municipalities as well as from developing inter-ethnic relations.

Economic development on the principles of discrimination

Kosovo’s responsibility to deliver economic investments that provide a better life for its citizens is not limited by ethnicity. Giving an Association of Serb-Majority Municipalities complete control over the economy would prevent the Kosovo government from the practical possibility of equal investment or economic development, while the state’s positive obligations would remain.

Granting authorization to utilize natural and other public resources for the benefit of a certain ethnicity would make the state complicit in ethnic discrimination. The payment by Kosovo citizens of Kosovo Serbs’ electricity bills due to their ongoing refusal to meet their obligations for services received from the Kosovo institutions is the best illustration of this.

This discriminatory practice has been applied over the years through policies adopted by the Energy Regulatory Office which have required that the cost of providing electricity to Serbs in the northern municipalities be billed to other citizens. Following a 2017 decision by the Court of Appeals ruled the practice illegal, the government of Kosovo took over responsibility for footing the bill, while a — still elusive — long term solution was sought. However, this did nothing to remove the discriminatory nature of this practice, given that Kosovo Serbs in the north of the country do not pay taxes and therefore other citizens were left underwriting the costs.

The fulfilment and advancement of the rights of one ethnic community cannot be done at the expense of the violation of the rights of other law-abiding communities or citizens, irrespective of ethnicity, living within another part of the country.

Regardless of Kosovo’s advanced legal and institutional framework ensuring the rights of Kosovo Serbs, the Serbian government has been insisting on the Association of Serb-Majority Municipalities during the EU facilitated dialogue merely as a means of ensuring its territorial control and opposition to the functionality of the Kosovo state through ethnic division, instead of as a platform intended to represent the genuine interests of Kosovo Serbs.

While the Serbian government’s intentions may not be explicit, espousing minority rights is a sham. The negative effects of their efforts are crystal clear and are very much felt by the Serb community — who are supposedly the intended beneficiaries of these forms of affirmative action — as well as by all other citizens.

It is already recognized that the rights of ethnic communities cannot flourish within an ethnically divided and dysfunctional state that is prevented from membership of international organizations that encourage and oversee them. The sooner the parties to dialogue recognize certain principles and call out disingenuous efforts for what they are, the greater the chance that meaningful proposals can be made that genuinely focus on the communities whose lives are impacted.

“This op-ed article is made possible by the support of Swedish International Development Cooperation Agency (SIDA), supported by CDF, through its Human Rightivism Program. The contents of this op-ed article is the sole responsibility of the REC – Reconciliation Empowering Communities and D&G Solutions and does not necessarily reflect the views of the Swedish International Development Cooperation Agency (SIDA)”

Claims an Association would advance Serb rights in Kosovo are misleading