Dialogue as a Tool for Reconciliation 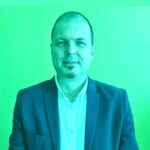 2020, a year full of challenges, of the fight against the modern pestilence in which the priority is to preserve the health of all, regardless of ethnicity or religion. Without any doubt, it is clear that the crisis caused by the pandemic changed the world, affected many of us, but also formed an army of those who still doubt the existence of the virus. Moreover, governments around the world have reacted differently to the outbreak of the virus, adopting packages of measures to prevent the virus from spreading further, in order to preserve the health of all citizens equally. Despite such complex circumstances in which we currently find ourselves, we still have not and must not forget the numerous issues that have burdened the area of the Western Balkans for decades, in which our society, unfortunately, is no exception.

Namely, in the past 20 years, efforts have been made to build democratic capacities of a society that is still burdened by post-conflict divisions, a weak economy, but also a very pronounced lack of political will and insufficient commitment of various political actors and authorities to deal with the past, which would create basic presumptions for the essential process of long-awaited reconciliation of Serbs and Albanians. Twenty years after the end of the conflict in Kosovo, it is expected that we have matured as a society to face all the issues that affect our communities, and that we have enough strength and patience to overcome the many challenges to which society is exposed today. I am also aware of the fact that without the significant support of all, primarily the bearers of official policies, civil society, and the media, but also with the strong support of the international community, we cannot reach the ultimate goal, which is permanent reconciliation and full normalization of relations of all communities that today share a common space.

However, it is noticeable that this topic is not currently at the top of the list of priorities in political agendas and that there is no appropriate universal model that would respond to the needs of our society for lasting reconciliation and full normalization of mutual relations. Therefore, I am more than convinced that, due to the lack of continuous support of political elites, civil society is a key factor that can help this process, taking on part of the responsibility in the effort to actually achieve true reconciliation. In fact, building the democratic potential of one society that will develop a strong awareness of the real needs of one society and strive to develop a high degree of sensitivity for another community should certainly be the priorities of a strong civil society.

However, today, more than ever before, rightly I would say, some of the questions also stand out:

This time, we will have to look for answers within our communities, because these are actually questions to which no one, except ourselves, can provide a valid answer. For something like that, we need certain preconditions based on, above all, an honest approach to each other. Such necessity stems from the fact that, despite almost the same challenges that greatly affect all communities, they are often seen as challenges to one or the other.

Precisely because of all the above, I will dare to answer some of the questions posed. Namely, when we talk about dealing with the past and reconciliation as a process, I think that, despite some progress, we have not sufficiently advanced in that direction. To a large extent, my personal impression is that much more could and should have been done, especially having in mind the fact that a strong civil society has been built in the past two decades as solid support for that process. However, the same cannot be said for the existence of the political will. For that reason, I believe that the opportunity to start a broader multi-layered social dialogue was missed; instead, we got an inconsistent inter-ethnic dialogue of a fragmented character, which mainly takes place at the project level and involves only a part of local communities in the process. In addition, it is crucial to ensure the unequivocal support of leading political actors and the international community, thus sending a strong impetus to the opening of a continuous interethnic dialogue within Kosovo.

This approach would create the preconditions for the future normalization of relations between the communities themselves, but also send a clear signal of lasting commitment that reconciliation can and must occur exclusively through a form of direct dialogue, based on tolerance and mutual respect. Also, such a form of a dialogue would aim to expand and deepen the space for constructive multi-layered dialogue of different social strata in which civil society must play a significant role and as such, can be a great example to political elites on both sides. We are witnessing the efforts and commitment of all relevant international actors in providing support to reaching a comprehensive agreement at a high political level, but I am also afraid that, missing the opportunity to involve local communities within Kosovo in the process of interethnic dialogue, we omit the essence of reconciliation and normalization of future relations between Serbs and Albanians inside and outside Kosovo.

Today, having the strength, the will, and the opportunity to speak about the past in pursuit of truth and true reconciliation, is crucial to the future of all of us who live here. I am quite sure that improvement of the quality of life, equal rights and respect for all communities, high-quality education, is equally important for all ethnic communities in Kosovo today, but above all, that goes also for true reconciliation which, like many other topics, must not have a political but a common denominator – the future of all of us inside, and not outside Kosovo.

Dialogue as a Tool for Reconciliation