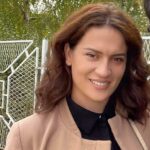 In the course of trauma, conflict, and antagonism, collective memory can play an important role in the ‘healing process’ at the national level. Dealing with the past can be essential to understanding the root and causes of conflict and preventing the repetition of history in the future. Collective memory can foster accountability, responsibility, and forgiveness. Ignored memory can also lead to pain, re-trauma, a re-awakening of conflict and antagonism.

Moreover, the link between collective memory, truth and reconciliation should not always be taken for granted. More research needs to be done in this area. However, collective silence and amnesia have largely been rejected among international mediators as ineffective responses in a post-conflict environment. This is evidenced by the establishment of truth commissions in almost all post-conflict societies, which is now considered a standard component of conflict resolution. But, in all these societies, the establishment of such commissions has been preceded by initiatives undertaken by civil society, as extra-institutional initiatives that have subsequently fostered institutional response.

The non-governmental sector in Kosovo since after the war has had and continues to have a pro-active role in seeking the truth, focusing not only on its research, but also on building cooperation, promoting interethnic and institutional dialogue and creating lasting peace in the country, fostering discussion and response to war crimes and the role that the community plays in uncovering the truth, its de facto acceptance as a key to interethnic and interstate cooperation in building peace and democracy in general.

The initiatives of the civil society in Kosovo in search of the truth have been documented and serve as a starting point for state institutions in uncovering war crimes and intensifying the dialogue to deal with the past. These initiatives, first undertaken by small community-based organizations, local organizations born of the need to overcome conflict and foster cooperation, have often grown into high institutional initiatives, at the governmental and presidential levels, being taken as an example of organization and functioning in achieving the common goal – in search of the truth.

In 2018, the President of Kosovo established a preparatory team to prepare legislation for the establishment of the truth commission. The mandate of the team expired at the end of October 2020 and the team has requested another six months to complete its work, due to the disruption caused by the pandemic. But after the resignation of the President in November of the same year, a big question arises as to how the work will continue and what will be the mandate of this commission in the future. On the other hand, it is still not clear what exactly the commission aims to achieve. What can be taken into consideration, especially in a period of institutional ‘silence’, is the activation of civil society mechanisms to continue working in search of the truth.

The truth commissions, for instance, are particularly focused on the individual stories and experiences of victims. They create a space for individuals to talk about what has happened to them and to express feelings that may include grief and anger. Psychologically, many authors argue that the narration of individual experiences of war in formal mechanisms is much more serious than in informal ones. Many authors claim that there is a risk of re-traumatization by which victims experience post-traumatic stress disorder (PTSD) after the truth-telling process. In this sense, civil society can play an intermediate role in obtaining information from victims, using informal methods to facilitate the process of telling the truth, and conveying this story in a formal format.