Reconciliation should be accompanied by justice; otherwise, it will not last 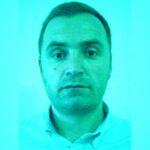 When speaking of reconciliation, the first thing that comes to my mind is a reading done some time ago that left me a memory, a thought that is still fresh, fresh as on the day I read it.  “Reconciliation should be accompanied by justice; otherwise, it will not last. While we all hope for peace, it shouldn’t be peace at any cost but peace based on principle, on justice,” said former President of the Philippines Maria Corazon Cojuangco-Aquino.

Reasonably, I ask myself, what did Kosovo institutions do to ensure that victims of crimes during the war have been adequately compensated financially, morally and have received justice?

In developed modern democracies, justice is the responsibility of public institutions (legislative, executive, and judiciary), who are responsible for ensuring that stable and long-lasting peace is guaranteed. Without institutions that do not ensure peace and stability, the chances of a repetition of any wrongdoing are evident, and the society might fall into a cycle of violence, crime, and retaliation. The continuous clash leads to conflict, wars, and atrocities that bring human suffering and losses. This is why public institutions must make sure that the resources are shared and allocated to the poor and in need, but they also address inequalities and address crimes within their borders. In providing justice for victims, political stability is ensured, people’s rights are respected, and consequently, their confidence is increased in their political system.

During my personal work experience in the past 15 years working in human rights and community initiatives, it proved that reconciliation between communities is hugely problematic and a complex undertaking. This is because the Kosovo society is largely segregated in ethnic terms. In comparison to my childhood, when I was six, I spoke the Serbian language perfectly and interacted daily with different communities. Today, kids of all communities have no practical forms of cooperation and interaction. Primary and secondary schools in Kosovo are generally are separated, and in cases where communities share common premises, no joint activities are organized. With mainly one-off events, international organizations organize events and interaction activities between communities without proper follow-up typically. The two education (Kosovo and Serbia) systems practically have no interest in practical cooperation and potential engagement between children and pupils. I have been part of the organization of similar sensitive activities. I have known a case when a community director has been sacked from work, just because ‘They’ cooperated with the Kosovo institutions in organizing leisure activities with kids of different communities. Cooperation initiatives between youth and communities in Kosovo are generally short-lived, as generally, there is no serious attempt to keep them running and functional.

The end of the war in Kosovo, in practical terms, has not ended the conflict, and we agree that there has not been a widespread conflict in Kosovo after 1999 (excluding the March 2004 Riots).  In the case of proper reconciliation, and some authors claim that deeper relations involving mutual trust are required to achieve reconciliation fully, something in Kosovo has not happened. The ethnic division has only deepened. After the war, the ethnic divisions and mistrust have grown due to several reasons. One of them is that some socialization between youth and communities and Kosovo Albanian youth spoke the Serbian language compared to the period after the war. The only practical forums Kosovo Albanian and Kosovo Serbian youth get together are sporadic events organized by international organizations or celebrations organized by external partners.

I would agree with Mr. Kelman, in this writings on “Conflict Resolution and Reconciliation: A Social-Psychological Perspective on Ending Violent Conflict Between Identity Groups,” states that on reconciliation, there should be there five basic principles, five principles that Kosovo should endorse on the process:

Since 1999, sporadic and inadequate initiatives have been taken to no avail, especially the Pristina- Belgrade dialogue facilitated by the European Union (EU) (so far, a failed attempt to normalize Kosovo’s relations and Serbia). I might argue that the European Union facilitated talks that have created tensions between Kosovo communities in a few instances. This is particularly true on the Association of Serb Municipalities’ potential establishment in Kosovo, which Kosovo Albanians see as a framework agreement that does divide the country and does not help normalize relations between communities. Kosovo Serbs, on the other hand, see the Association as the only way forward to their ‘survival’ in Kosovo.

The region of former Yugoslavia has a history of turbulent conflicts and atrocities committed during these wars waged during the ‘90ies, and in addressing these crimes, an International Criminal Tribunal for the former Yugoslavia (ICTY) was created. Its creation was widely seen as the inability of the former Yugoslav state’s capacities or willingness to address these severe atrocities. Many also question the success of the ICTY in delivering justice for the victims of the wars in former Yugoslavia, let alone reconciliation. In Kosovo’s case, the United Nations Mission in Kosovo and the European Union Rule of Law Mission have also played a role in investigating atrocities during the war. Globally, in case of mass atrocities, states and communities have dealt with reconciliation practices differently; some states have addressed this by creating Truth Commissions (El Salvador, Congo, and Kenya), National Unity and Reconciliation Commission (Ruanda), Truth and Reconciliation Commission (South Africa, Canada, and Kosovo).

In Kosovo, the Truth and Reconciliation Commission was established in 2017; former President Hashim Thaçi initiated establishing a Commission for Truth and Reconciliation (TRC) in Kosovo to help provide the basis for dialogue among Kosovo’s divided communities. The TRC aimed to establish facts about the recent Kosovo war, protect the victims and survivors, and inform Kosovo’s policy changes concerning reconciliation activities. Before this decision, Kosovo institutions concerning reconciliation and dealing with the past were initiated in 2012. Kosovo government established the so-called “Inter-Ministerial Working Group on Dealing With the Past and Reconciliation.”  This working group was mandated to  deal with gross human rights violations and serious violations of international humanitarian law in the past in Kosovo, including the last war and the transition period.” Internationally, it is “evident that truth commissions are most effective when integrated into a comprehensive transitional justice strategy that includes reparation policies, criminal prosecutions, and institutional reforms.” In Kosovo’s case, it’s not hard to conclude that reconciliation is far from being achieved without proper transitional justice, reparations policies, and criminal prosecutions. Truth and Reconciliation initiatives are complex and challenging; as such, to be successful, they need to be adequately planned and created in a way that they would not further deepen the division or licit potential conflict between the parties. To be successful, these initiatives and commissions must be impartial, participatory, entail considerable sensitivity, neutral, and look at reconciliation in a holistic approach. It is vital to do this, so these commissions don’t end up being forums where one party is considered a victim and the other as a perpetrator. The existing reconciliation policies should be improved by making the reconciliation policy more inclusive and transparent.

“Reconciliation is a spiritual process, which requires more than just a legal framework” ‘Mendela.’

Reconciliation should be accompanied by justice; otherwise, it will not last